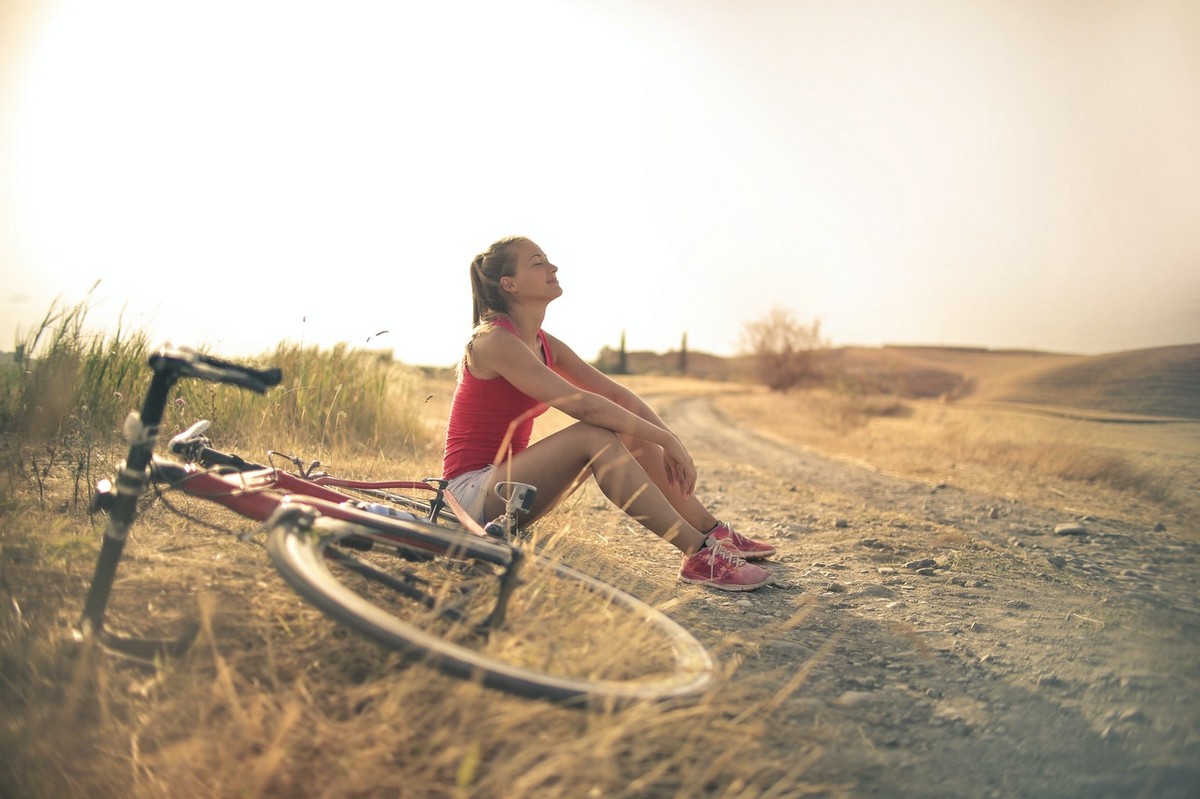 Earth Day 2021 is this week, and celebrations for this 51st year of the date for environmentalism will be different because most will be held virtually. So before it even begins, this year’s commemorations may seem a bit off from years past.

With that in mind, we wondered about some of the more wacky ways Earth Day was noticed or remembered since it all began in 1970.

While this year there will be plenty of online summits, conferences, presentations, and the like, due to the ongoing pandemic response, it seems an opportune time to mix it up with truly creative ways to celebrate Earth Day. Following are some of our favorite ways businesses, organizations, or individuals advocated for a cleaner and healthier planet over the past half-century. 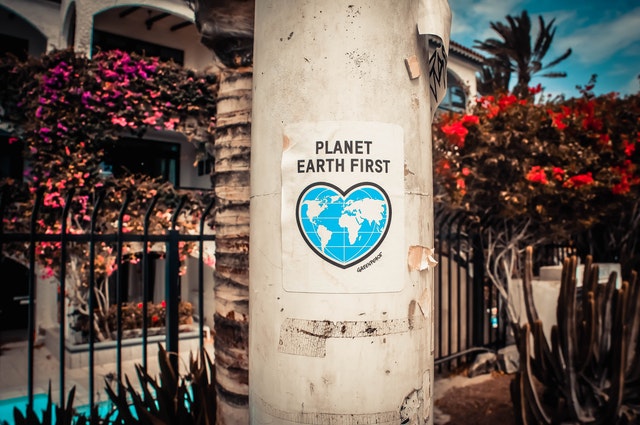 Photo by Lauris Rozentāls from Pexels

Through the years, some people have tried to think “outside the box” to either honor Earth Day, do something to better reach more people with the environmental messages, or both. Some worked, some, not so much, and others, well …

Since 2010, Earth Day has been one of numerous events in San Francisco where locals celebrate by skipping the clothing. For whatever reason, enthusiasts choose the day of environmentalism for The City edition of the World Naked Bike Ride, a bicycle party where clothing is optional. Yes, the Naked Bike Ride events happen all over the world. It’s just that in San Francisco, organizers chose April 22 to host it, and then scheduled the route to pass by Earth Day-related events. This year’s ride is set for Saturday, April 24).

Paint It (or Yourself) Black

Actually this is for the same event: Naked Bike Ride participants are encouraged to paint their bodies black, or cover them in black trash bags, to mimic the historic BP Oil Spill in 2010 ~ the impetus for starting the nude bike trek in the first place. (Because San Francisco nudists prefer to remain stylish, for those who don’t want to be seen in black, organizers suggest going with green instead in honor of Earth Day).

A few years ago, residents in Corpus Christi, Texas, organized a Plogging Party. Plogging is where runners while jogging around town pick up garbage along the way. Some savvy Earth Day celebrants try to get themselves more healthy along with helping Mother Earth.

The Dunkin’ Donuts slogan “America Runs on Dunkin’ ” is very well known. So around Earth Day in 2018 the coffee and doughnuts company, for whatever reason, decided to show off a tiny house as its emphasis on environmental consciousness. Teaming with Airbnb, the “Home That Runs on Dunkin’ ” campaign created a tiny house totally designed to show off sustainable practices ~ while somehow remaining stylish enough for the company’s branding.

To emphasize “do more with less,” the house that was toured around the country was powered with an eco-friendly biofuel that used 65,000 lbs. of used Dunkin’ Donuts coffee grounds. Though the house was indeed very small, it did feature a big cedar porch, full kitchen, living room, and even a king-sized bed. Airbnb promoted the house, and Dunkin’ showed it off with a 360-degree tour detailing design and functionality peculiarities.

O’Neill, known for years for its quality surf wear, got customers involved in Amsterdam one year to emphasize how quickly we toss away single-use plastic water bottles.

In this recycling exercise, O’Neill representatives asked people walking by to take selfie photographs, and then instructed them to toss their sunglasses into a recycling bin. Of course those passing by hesitated, at which point the O’Neill folks explained that plastic bottles and sunglasses are made of the same material. Yet, most plastic bottles are used only one time and thrown away.

Of course no one would do that with their sunglasses, and many participants quickly got the point. The company videotaped the encounters, and afterward used selfies and a special printer to create free mini surfboard souvenirs to show off a neat potential use of recycled plastics. 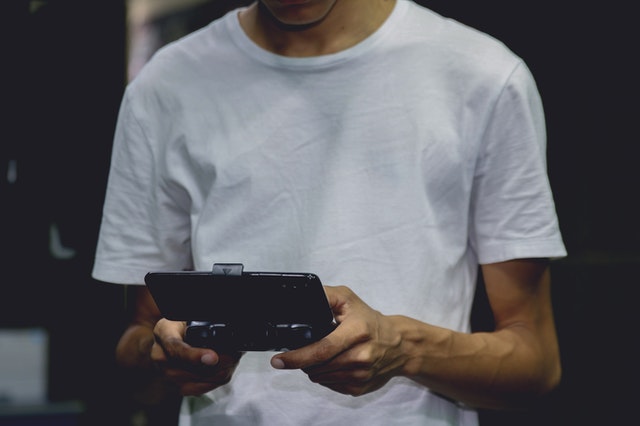 Photo by Joseph Redfield from Pexels

Not a company promotion but something thought up by the environmental organization Urban Rivers, this effort focused on getting trash out of waterways through the city of Chicago. They originally started to try to clean the rivers and streams by hand via kayaks, but it proved too difficult. So they got creative, and tossed some fun into it.

Americans love fun. They created a game where supporters could control a water-based robot to grab the trash from the water. They controlled the robot via computer, and ultimately the visual results proved a hit on social media platforms ~ an added bonus on top of the cleaner water.

Not all Earth Day-related actions are events or promotions. Sometimes a company just wants to be part of the overall feel of the day, and posts to social media what it believes is a simple feel-good message.

For Earth Day in 2018, Amazon founder Jeff Bezos tweeted an attempt to honor our home planet. The tweet: “Dog sledding above the Arctic Circle in Norway. Jim Lovell says it’s not that you go to heaven when you die, but you go to heaven when you’re born.’ Earth is the best planet in our solar system. We go to space to save the Earth. @BlueOrigin #NoPlanB #GradatimFerociter #EarthDay”

It floated like a lead balloon. At issue was the costly personal dog sledding excursion he highlighted, at a time when Amazon warehouse workers were complaining about too-low wages. Oops!

Not to overly criticize Amazon ~ the tweet seems a one-time, individual’s mistake ~ but the last item is something that business owners and managers should take note of. While an action, like a tweet, or an event, may at first glance seem pure in intent, a company should always spread ideas and concepts before many eyes before going public.

Even with Earth Day ~ when most people and organizations truly wish to show a good side for ~ there is potential for bounce-back. A general rule of thumb is avoid anything overly political, or to provide any type of commentary on current social issues, in marketing efforts. For social media, just as it is with public relations, if in doubt, skip the post.

Earth Day has brought a lot of good with it, including formation of the federal Environmental Protection Agency, and congressional acts to protect the air, our water, even species of animals. Troublesome cities that hosted many of the problems that spurred creation of Earth Day in the first place started to really clean up their water, air, and even roadways in efforts with a long-term view.

It’s probably important for any business to either show their support for the Earth Day messages, or do something to indicate company practices are favorable for a cleaner planet.

Question: Are there any simple actions a company can take to show a care for the health of the planet?

Answer: Please see our Earth Day blog article last month, which explains how seemingly very little things can really add up to help protect the planet and in the process join the effort to slow climate change.

Looking for a really simple way to show you care, on Earth Day or any day of the year really, then consider branded pens. These little promotional products can be made of recycled materials ~ even to resemble twigs to further emphasize the message!

Q.: Why should a business care?

A.: More than 1 billion people participate in Earth Day activities each year ~ it’s the largest single civic observance in the world, involving more than 75,000 partners in over 190 countries. The climate change issue is more and more being described as a crisis, as the new Presidential administration will be emphasizing in the years immediately ahead of us.

The theme for Earth Day 2021 is Restore Our Earth, which according to EarthDay.org conveys a year-round effort:

“Climate change and other environmental degradations have broken our natural systems, leading to new and fatal diseases as well as a breakdown of the global economy. But just as climate change and coronavirus painfully remind us of the harm we’ve caused, Restore Our Earth reminds us of the opportunities that lay ahead.

“We must Restore Our Earth not just because we care about the natural world, but because we live on it. Every one of us needs a healthy Earth to support our jobs, livelihoods, health & survival, and happiness. A healthy planet is not an option ~ it is a necessity.”

Featured image at top by Andrea Piacquadio from Pexels